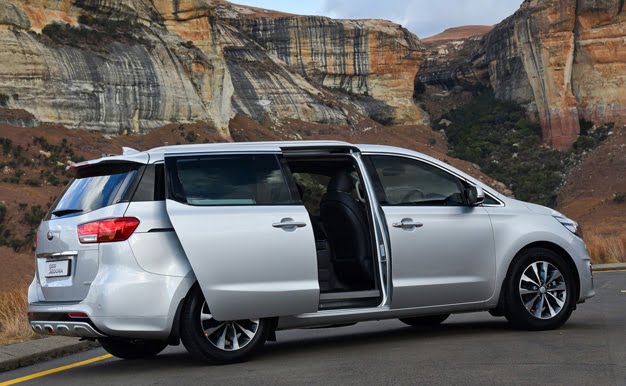 FuneralCar is an online search portal that caters to the specific motoring needs of the funeral industry. It provides a platform for the advertising of suitable vehicles for first call, hearses, family cars, MPV’s and conversions, as well as assistance with the procurement of quotes, rentals and fleet management, amongst other services.

Stead says the idea of a funeral car platform was planted when she noticed that the funeral and motor industries were not engaging with each other effectively: “I was employed at a large motor manufacturing company when I was first introduced to the funeral industry and began to explore ways for our brand to get involved in various industry events.

By spending time with various players in the funeral industry, Stead soon became aware of the frustrations they were experiencing with motor manufacturers.

“The funeral industry is a multi-billion-rand industry with many thousands of funeral parlours throughout South Africa, but it was struggling to get the motor industry to proactively engage with it.”

That’s when Stead came up with the idea for Funeralcar to bring the two industries together.

“In the motor industry’s defence, it was concerned about the sensitivity surrounding the funeral industry. In addition, local motor manufacturers do not produce hearses or import them into South Africa. Instead, suitable vehicles are converted locally into hearses.”

Stead’s dogged engagement with both industries began to pay off and soon she was called on to co-ordinate motor spaces at national events for the funeral industry.

“Now FuneralCar oversees all motor industry bookings for major funeral industry events. In fact, motoring has grown so much at the SA Funeral Expo that last year, it appeared there were more motoring exhibitors than any other service providers.”

This year, Stead is contracted as Exhibition Co-ordinator for the entire SA Funeral Expo to be hosted by the National Funeral Directors Association in Muldersdrift in September. “I am honoured to spend a lot of time with significant influencers in the funeral industry, including various associations, fleets, professional body and federation members, and I feel their trust in my role as a facilitator has grown since I started FuneralCar.co.za in late 2016.”

Stead also organises various tailored On Road events around the country for the industry, which have been very well received. These are specialised multi-brand ride and drive events aimed at getting local motoring communities and key members of the funeral industry to experience their vehicles out on the road, culminating in a top-end luncheon and networking event.

These events have been so successful that Stead decided to organise a much larger FuneralCar-branded event – On Track – at Kyalami in October this year. On Track will be the first ever multi-brand track day experience tailored for the funeral industry in SA.

It is expected to be the largest automotive event on the continent for the funeral industry and will involve a skid-pan experience, 4×4 track event, a motoring exhibition in the pits, a Grand Prix track experience and a Guinness world record attempt.

Stead believes the success of her platform is driven by passion. “I saw a gap. My thinking is that if you become aware of a need and can offer a solution, then you can create some kind of a business around it. And, if you can do things a little differently and creatively, so much the better.”

She started FuneralCar with limited resources. “I just used what I had. I think my success lies largely in the passion I have for both industries and the opportunity I saw to assist in mending and establishing strong relationships between the two. I adopted a respectful and neutral stance and offered a personalised approach that both industries appreciated. I wasn’t too stressed about failure, because I knew I had skills I could fall back on if necessary.”

Her vision is to grow FuneralCar into a platform for the continent and for On Track to become an all-Africa event. “I believe I am making a difference. One of the greatest compliments I’ve received to date was from the president of a national funeral industry association, who said: “Rachel, we can feel that the motor industry is treating us differently.”